Ways Drivers Can Be Impaired and Not Realize It [infographic] 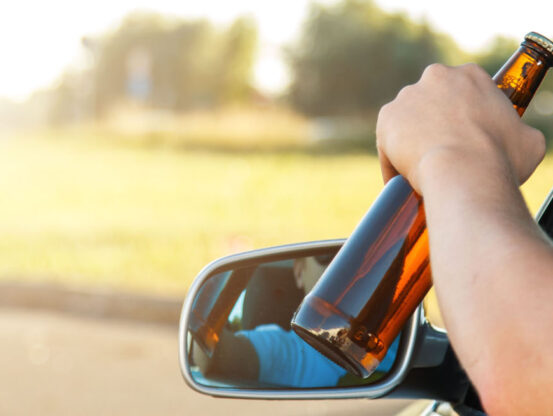 Commercial truck drivers have many regulations about how many hours they can drive and how many hours they must rest. When someone is sleep deprived they can’t focus well and their reaction time is slowed. The majority of Americans are sleep deprived, yet most drivers never consider the dangers of driving while sleepy. The statistics are frightening. One in 25 adults admitted to falling asleep at the wheel in a recent study. In 2013, 72,000 crashes were caused by drowsy driving.

Risk factors for driving drowsy include

It has been illegal to use a cell phone while driving statewide since 2014. Despite the fact that similar laws are in effect in most states cell phone use while driving remains a major concern. Illinois law allows for the use of hands free calls, but it doesn’t allow drivers to hold the phone while driving. If a driver is caught using their cell phone, the first offense is $75 and it goes up from there.

424,000 people were injured in 2013 due to distracted driving. At any time during the day there are approximately 660,000 people driving while texting or talking on their phones. When texting a driver’s eyes are off the road for about 5 seconds. Traveling at the speed limit this is enough time to cross a football field without looking. Teens have the highest percentage of driving while texting with 20% of them saying they frequently text and drive, but the percentage of parents who do so is at 10%.

Hands free devices are touted as being a safe alternative to talking while driving, but the reality is very different. Much of the distraction from having a phone conversation comes from the act of having a conversation while driving, not from looking at the device or holding it in your hands. About 26% of car accidents happen because someone is talking on the phone, and this includes hands free devices.

The part of the brain that processes moving images has 33% less activity when drivers are having a phone conversation, and they miss up to 50% of what is happening on the road. New studies suggest that using voice to text is actually more distracting than texting by hand.

Many people assume that talking to a passenger in a vehicle while driving is no different than talking on the phone. For teens, passengers are a distraction. According to the Archives of Pediatric Medicine, studies have shown that teens having friends in the car with them can be distracting even if they aren’t talking. They know their friends are observing them, and it distracts them. When a teen is driving with two or more friends in the vehicle their risk of a fatal accident is three times higher.

For adults, however, the opposite is true. According to the National Safety Council, having a passenger means someone else is watching the road, and they can help notify the driver of any dangers. Adults will also realize when the traffic is difficult, and they will stop talking and observe the traffic.

Most Dangerous Foods to Eat While Driving?

A Chicago accident attorney can help someone determine if an accident was caused by distracted driving, but what the driver observes at the scene can make or break their case. Illinois is considered an at fault state. If one person is determined to be at fault, they will be responsible for any expenses the other party incurred because of the accident.