Pedestrian Safety is a Growing Concern in Big Cities [infographic] 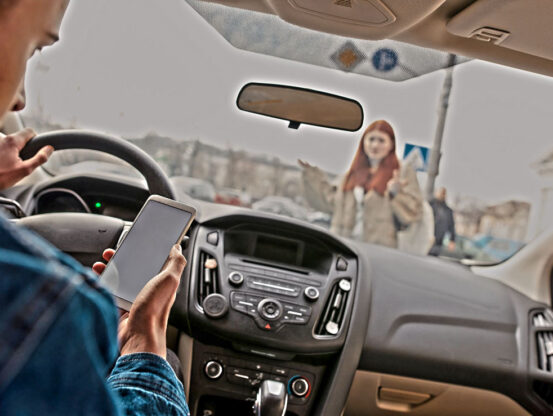 According to national safety data, pedestrian injuries and fatalities now account for almost 15 percent of all motor vehicle injuries in the United States. Most pedestrian-related car accidents occur in big cities where there are more drivers on the road and traffic is often congested during busy daytime hours. In Chicago, Illinois car accident lawyers are seeing more car crashes on busy downtown streets that are always filled with pedestrians. Factors that are contributing to these inner-city car accidents include:

The alarming rise in pedestrian car-related injuries and fatalities in 2015 has prompted action by the National Highway Traffic Safety Administration. A national summit meeting has been scheduled to address growing pedestrian injury concerns in big cities. In Chicago, Illinois car accident lawyers are concerned about the rise in car-related pedestrian injuries in downtown areas.

Dr. Mark Rosekind, an administrator for the NHTSA, presided over the first regional summit meeting on February 5, 2016 in Sacramento, California. It addressed growing pedestrian safety concerns in big cities around the country and discussed traffic safety measures to prevent accidents between drivers and pedestrians, as well as cyclists. Discussions focused on the recent increase in inner-city car accidents and the potential for the increased risk of serious injuries and fatalities for unsuspecting pedestrians. On inner-city streets in big cities like Chicago, injured drivers and pedestrians often require emergency medical attention and legal assistance from Illinois car accident lawyers who are well-versed in personal injury laws.

Upcoming NHTSA summit meetings throughout 2016 will address the growing safety concerns of distracted drivers talking and texting on cell phones; drivers under the influence of alcohol or drugs; speeding; drowsy driving; and failure to use car seat belts. With recent increases in the number of people living and working in big-city metropolitan areas, pedestrian safety must be addressed. There are now more shops, restaurants, bars, nightclubs, movie theaters and music venues to support inner-city lifestyles. Although these businesses offer important amenities for inner-city residents and workers, they also bring increased traffic and the potential for more car accidents with pedestrians during daytime and evening hours. As the number of cars and pedestrians on inner-city streets rises each year, traffic safety laws must address the increased risk for serious injuries and fatalities for both parties.

Both drivers and pedestrians have a responsibility to promote safety in an inner-city environment to prevent car accidents and injuries. Just as drivers are expected to follow traffic safety laws, pedestrians also owe a duty of care to other people using sidewalks and roadways. If a pedestrian breaches this duty of care, and injuries result, he/she may be found liable for the accident.

In Illinois, the law partially outlines a pedestrian’s duty of care. To help prevent car accidents and injuries, the Illinois legislature has passed several statutes that state the rights and responsibilities of pedestrians. Statutes state that all pedestrians must obey all traffic signals, cross the street using crosswalks, walk on sidewalks whenever they are provided, and never cross the street suddenly in front of oncoming traffic.