Selfies: One of the worst driver distractions

By: Donald W Fohrman
Self-taken photos, colloquially known as “selfies,” are becoming increasingly popular in Illinois and around the country. Taking selfies while behind the wheel, which is particularly popular among teenage drivers, has become a disturbing trend. This practice is exceptionally dangerous, as it causes drivers to lose focus on the road. Any Chicago car accident attorney would attest that this behavior may lead to serious accidents. 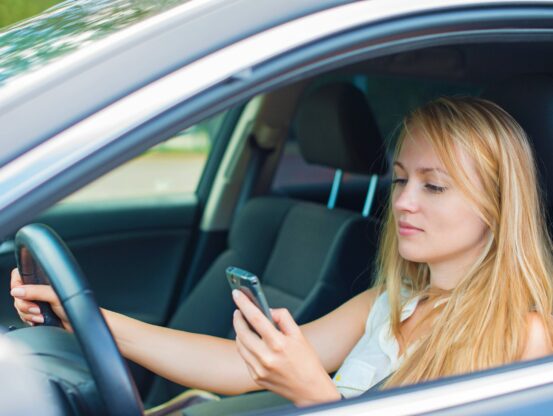 Distraction.gov explains that interactions with handheld devices are considered complex tasks for drivers. Usage of these devices while driving is believed to be quite dangerous because they require drivers to look away from the road. When focus is not on the road, drivers are more likely to experienced decreases in vehicle control as well as a degraded ability to react to unexpected events.

Taking a selfie often involves numerous steps. As such, the process requires posters to look away from the road for several seconds. The person must first snap the picture, then upload the photo to a social media website. Often, posters will include numerous hashtags as well as comments or descriptions when they submit their photos. During this time, the driver is effectively blind to the road and any potential driving dangers. This may result in accidents that cause serious physical injuries.

Teenagers are at particular risk

The Centers for Disease Control and Prevention notes that teenage drivers are at greater risk of causing a distracted driving accident. Statistically, this population comprises the highest numbers of fatal crashes involving distracted drivers. This is due in part to the fact that these drivers are young and more inexperienced. The trend is also attributable to the fact that social media use is prevalent among younger people.

Legislatively banning distracted driving behavior can be difficult, as any Chicago car accident attorney would know. This is partially due to the fact that it often takes a long time for laws to catch up to technological trends. According to cyberdriveillinois.com, there are currently no Illinois laws specifically prohibiting social media use while driving. However, it is illegal to drive while using a hand-held cellphone. Texting or engaging in other forms of electronic communications while driving is also prohibited.

Distracted driving is a serious issue that has resulted in thousands of deaths and millions of dollars in damages. Those who have been injured due to distracted driving crashes often face serious physical trauma as well as property damage. Pursuing civil litigation may provide an opportunity to recoup these losses. Those who wish to learn more about this option may find it helpful to contact a Chicago car accident attorney.