Drivers are often distracted by their pets in the car

By: Donald W Fohrman
According to a survey conducted by the American Automobile Association, dog owners indicated that they frequently travel with their pet unrestrained in the vehicle. Fifty-six percent of the respondents drove with their pets in the vehicles at least once each month during the year. Many admitted that having the dog in the vehicle created a distracted driving situation. This is the main reason that state Representative Dan Burke in Chicago co-sponsored a bill that would make driving with a pet on the driver’s lap illegal, although it did not gain much support. 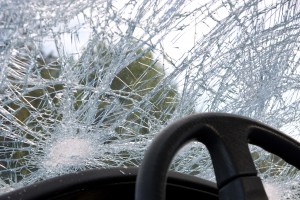 A driving distraction is any activity where the driver removes a hand from the steering wheel, looks away from the road, or takes attention away from the task of driving. While activities such as cellphone use have been banned for drivers, distractions involving pets continue to be legal, in spite of the dangers to everyone involved. Interacting with an animal in the car often creates all three kinds of distraction.

The most common activity is petting a dog while driving, with 52 percent engaging in this behavior. Twenty-three percent claim to have used a hand or arm to restrain a pet while braking, and nearly 20 percent have attempted to keep a pet from climbing into the front seat with a hand or arm. Other potentially dangerous activities with pets while driving included the following:

It only takes two seconds of visual distraction to double the chance of an accident, and dealing with an animal has the potential for much more than this. Pet restraints are available and reduce the danger to the animal and the occupants of the vehicle, but only 16 percent of the pet owners who participated in the survey used them.

Injuries are likely when a pet is unrestrained in a vehicle

When an animal is unrestrained in a vehicle, a crash at 30 miles per hour will create approximately 300 pounds of force for a 10 pound dog. This is enough to kill the dog, as well as causing serious injuryto the other passengers. This increased risk of danger in car accidentsis compounded by the greater likelihood of a crash due to the distraction. Lawmakers have not adequately addressed this issue yet, but owners should consider the safety of everyone on the road before allowing a pet to ride in the vehicle.