Driver behavior causes over 95 percent of all accidents 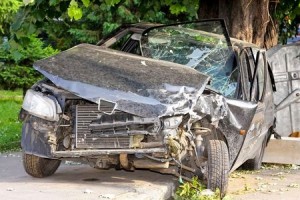 Brakes, tires, steering and other vehicle components sometimes fail. However, the safety controls installed by the manufacturer prevent most of these malfunctions as long as the automobile is properly maintained. The owner has the responsibility to check all the components or take the vehicle to a mechanic in order to prevent a failure of important equipment.

The design of the roadway is rarely the cause of an accident. As engineers, local governments, and law enforcement work together to design roads, they consider every aspect of safety, including the following:

Many motorists blame road construction for unsafe conditions, but a large number of the accidents that happen in work zones are the result of careless or aggressive drivers. A lack of road maintenance creates hazards that drivers should note and report to local authorities. Reduced visibility involving unmaintained vegetation on the sides of the road, road debris and potholes compromise driver safety.

Distractions and aggressive behaviors cause most accidents

The proliferation of the use of cell phones for talking, texting and entertainment while driving has prompted no-tolerance laws and enforcement. Texting is particularly dangerous because a driver stops looking at the road for about five seconds at a time. At highway speeds, this is the equivalent of the length of a football field. Thirty-seven percent of drivers admit to sending or receiving a text while driving.

Increasing a vehicle’s speed over the posted limit by five miles per hour adds significantly to the stopping distance needed. Not only does this pose a greater risk for injuriesand accidents, it also makes other aggressive behaviors, such as tailgating, much more dangerous. Observing posted speed limits and allowing three seconds following distance between vehicles reduce the likelihood of an accident and improve motorists’ safety. Failing to signal, frequent lane changes and ignoring traffic signals are also examples of hazardous behaviors.

Distraction, speeding and aggressive driving are major factors when it comes to the true causes of accidents. These dangerous driver behaviorscompromise safety for everyone on the road. Victims of crashes should contact an Illinois attorney for legal advice about all the options available.