By: Donald W Fohrman
A Hebron, Connecticut woman is facing felony charges after she hit and killed a teacher at a local middle school while buzzed. NBC Connecticut reports that the woman was dropping her son off at school when she drove into a designated bus lane. After she realized her mistake, she put the car in reverse and struck a 65-year-old math teacher who worked at the school. The teacher sustained severe head injuries as a result of the crash and died a few days later. Law enforcement officers found no issues with the vehicle, and even indicated that the car had a functioning back up camera. The driver was found to have a 0.07 blood alcohol content at the time of the crash. 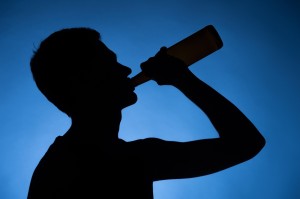 These accidents are common in Illinois and across the rest of the country, and a recent study may reiterate why. Fox News reports that the study, published in the journal Injury Prevention, determined that even minimally buzzed drivers are more likely to be at fault for fatal car crashes than sober drivers.

Researchers from the University of California, San Diego analyzed fatal crash data from over 570,000 accidents that took place between 1994 and 2011 across the U.S. The data included blood alcohol content measurements from the drivers as well as easily identified indicators of liability, such as a driver disobeying traffic signals. While similar studies have been done in the past, this is the first one of such scale, performed on a national level.

No safe way to drink and drive

Researchers found that it is unsafe for drivers to have any amount of alcohol in their systems. The data indicates that individuals with a BAC of 0.01 were 46 percent more likely than sober drivers to be held completely liable for an accident by investigators. Researchers also found that as an individual’s BAC increases, so does the likelihood that they will be blamed for the accident. Additionally, as BAC increases from 0.01 to 0.24, the chance of causing a car accident rises smoothly, indicating that there is no transitional point where buzzed driving turns into drunk driving. In all instances, driving with any amount of alcohol in the blood leads to impairment.

This research supports the current campaign by the National Highway Traffic Safety Administration, which states that “buzzed driving is drunk driving.” The lead researcher on the study indicated that while further research on the dangers of buzzed driving needs to be completed, this preliminary data may finally give lawmakers the scientific backing they need to get the legal BAC limit lowered to 0.05 or less. Until the limit is lowered, many more people may suffer the effects of these accidents. Those who have been injured through the negligence of a buzzed driver may be able seek recourse with the help of a personal injury attorney.