By: Donald W Fohrman
When pedestrians and vehicles collide, the likelihood of serious injury, or even death, is unfortunately high. As vehicle usage becomes more commonplace across the globe, the incidence of pedestrian-vehicle crashes become increasingly frequent. Just how commonplace is this? In the United States, it is all too common. According to the National Highway Traffic Association and the Insurance Institute for Highway Safety: 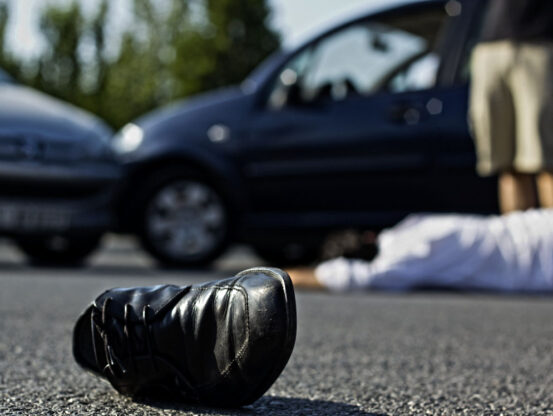 When Do Pedestrian Fatalities Occur?

Weekends may be a time for fun, but not quite so if you are a pedestrian. Did you know that most collisions involving pedestrians take place on Fridays, Saturdays, and Sundays in the later evening?

About 45 percent of the pedestrian deaths in 2005 took place between 6 pm and midnight. As for the actual day, 17% of fatalities happened on a Friday, 18% on a Saturday, and 14% on a Sunday.

Which groups of pedestrians tend to be more vulnerable to vehicle collisions? The elderly and younger children are more at risk than other groups. In particular, children under the age of 16 are most likely to be hit by a vehicle, accounting for almost 20% of all traffic-related deaths in 2003.

Although they are less likely to be hit by a car, the elderly are more likely to succumb to their injuries. They account for 16% of all pedestrian fatalities and 6% of traffic-related injuries.

A major contributing factor in all vehicle accidents, and especially when a pedestrian is involved, is the speed of the car at the time of impact. When driving at higher speeds, a motorist is less likely to see a pedestrian, and therefore even less likely to react in sufficient time to avoid hitting that person. To put it in statistical terms, a pedestrian has an 85% of dying when hit by a car traveling at 40 mph.

In addition to speed, inattention by both drivers and pedestrians to their surrounding is another significant contributing factor to pedestrian injury and death involving a car. Distracted driving and walking are new roadway hazards.

Another important factor in pedestrian deaths involves alcohol in both drivers and pedestrians. In fact, alcohol, particularly where blood alcohol concentration was over the legal limit, was a contributing component in just under 50% of vehicular crashes that resulted in pedestrian fatalities.

In a pedestrian accident study, 40% of pedestrian injuries were caused by direct contact with a car, 32% resulted from hitting the ground, and finally, 26% were caused when the pedestrian hit an unknown object.

Increasing Pedestrian Safety on the Roads

You think it would never happen to you, but the mere act of walking across an intersection could be taking your life in your own hands. While drivers certainly have a great responsibility when they get behind the wheel of a car, keep in mind that pedestrians will bear the physical brunt in a collision. Don’t put your life on the line – you need to stay safe. When walking across a roadway: