Is your hip replacement device causing you pain?

By: Donald W Fohrman
Medical advancements have helped many Illinois residents. However, in some cases a medical device may be found to contain a dangerous defect. These defects may lead to serious medical complications, perhaps requiring one or more surgeries to rectify. In extreme cases, these defects may result in fatalities, as Illinois injury attorneys would attest. Over the past 10 years, several types of hip implants have been found to be defective. Patients who are now suffering from chronic pain as a result of these implants may have the right to initiate civil lawsuits against the devices’ manufacturers. 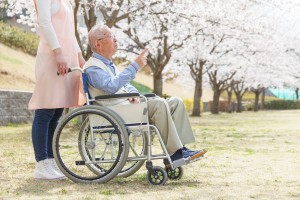 Injuries from defective hip implants may result in persistent pain, swelling and difficulty walking. In some cases, a second surgical procedure—known as a revision surgery—is required to rectify the problem. Additionally, some patients may not have their symptoms completely alleviated by a revision surgery and may need additional treatment.

The company that required the most recalls was Stryker, as many Illinois injury attorneys may know. Stryker recalled 231 units in total. The company was also responsible for the highest number of Class II recalls, which is the most severe type of recall involved with these defective implants. According to the FDA, Class II categorization is used for products that may cause a temporary or a medically reversible health consequence.

Some hip implant manufacturers have initiated compensation programs to address the expenses incurred by their defects. For example, according to the company’s ASR Hip Recall Guide, DePuy will provide compensation for those affected by the 2010 recall. These payments will include expenses related to insurance co-pays, deductibles, travel costs and lost wages. The company notes that reimbursement claims do not preclude consumers from pursuing other types of legal action.

Compensation may also be obtained through a products liability lawsuit. According to the Cornell University Law School’s Legal Information Institute, this type of litigation allows victims of a defective device to sue the product’s manufacturers, distributors and retailers.

Seeking compensation for a product defect is often a frustrating and drawn-out process. As such, those who have been injured due to the use of a defective medical device may want to speak with Illinois injury attorneys. Consulting with a lawyer may help these individuals streamline the process as much as possible.