Dangerous Dog Breeds: What You Need to Know 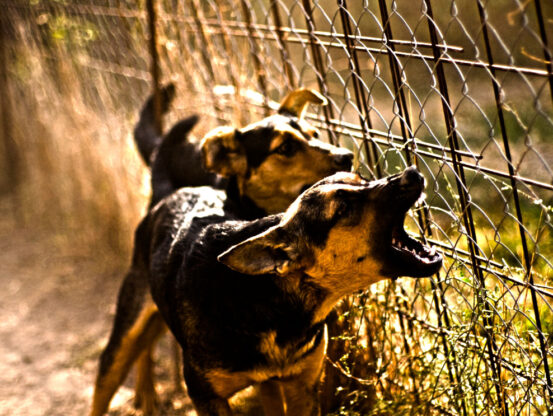 All dogs are descended from wolves. Even though dogs have been domesticated over thousands of years, some breeds have maintained more of their “wild” instincts. Indeed, some breeds have been bred to enhance these traits in order to make them suitable for work as guard dogs. Owning these dogs and keeping them as pets places family, friends, and innocent bystanders at considerable risk of an attack.

Between 1882 and 2012, the following dog breeds were responsible for the most attacks:

Pit Bulls – Up until 2012, pit bulls were responsible for 2,235 cases of bodily harm, and 233 deaths. Adult pit bulls can weigh up to 60 pounds. Their weight coupled with their strong muscle tone and aggressive temperament makes them especially dangerous to children who do not have the strength and speed to successfully fight off an attack.

Rottweilers – Rottweilers have been responsible for 495 cases of bodily harm, and 81 fatalities. Rottweilers are fully grown at 1 year of age and are highly territorial. This makes them dangerous for all members of the family, especially when the pet decides that the family home is actually the dog’s house.

German Shepherd – Responsible for 96 incidents of bodily harm, and 14 deaths, German Shepherd’s ancestry dates back to 1899. Intelligent, fast, and strong, the dogs are bred to protect and defend. Fully grown they can weigh up to 90 lbs. Their weight coupled with their high degree of both intelligence and agility means that they can quickly overpower a victim and cause considerable damage to tissue and bone structures.

Husky – This not so cute and cuddly breed has been responsible for 71 attacks that resulted in 24 deaths. 15 of these deaths occurred in the past 20 years. Weighing roughly 65 lbs when fully grown, these animals are fiercely protective of their territory, which makes them prone to attacking visitors to the family home. In some cases, they have turned on the family themselves.

Owning a dangerous dog is never a good idea, yet some people choose to bring these “pets” into their homes. This puts a potentially violent animal in close contact with people who the animal may see as a threat. Because of this, owners of these animals are responsible for making sure they are properly trained and secured so as to minimize the risk they pose.

This means that owners must maintain doors, fencing, and windows so as to create an impenetrable barrier the animal can’t break through. When the owner takes the animal for a walk and into public areas such as parks, the animal must be properly restrained using leashes, muzzles, and other restrictive devices.

Owners who fail to take proper preventative measures can be held liable for the injuries their pets cause. The Illinois Animal Control Act allows victims of animal attacks to seek damages for the full of amount of injuries they have suffered. This includes seeking compensation for medical expenses, pain and suffering, disfigurement, loss of income, and emotional trauma,

The courts may also order additional sanctions on the dog owner, and the dog itself. These sanctions can include fines and penalties, as well as orders for the animal to be “put down.”

In addition to state law, the City of Chicago requires dogs to be leashed when they are out in public. Violations of this law can lead to imprisonment of the owner. Additionally, the city may impound stray animals, or order that animals with a history of violent attacks be put down.

Animal owners whose dogs have attacked a person or another animal must notify Animal Care and Control and present the dog for confinement and observation. Owners are responsible for all costs related to this impoundment. Following observation, the Executive Director may determine sanctions such as neutering, microchipping, or termination of the animal are necessary for public safety.

Illinois requires owners to take measures that are intended to protect the public from dangerous dogs. These measures include maintaining fences and signs designed to notify the public of the presence of a dangerous dog. If it can be shown that a dog attack victim had a legal right to be in the place where they were attacked, the victim can hold the owner of the animal, or manager of a property liable for the damages they have sustained. Dog bite victims may also sue if it can be shown by the victim’s Chicago dog bite lawyer that the preventative measures and barriers that were in place were insufficient at protecting the general public from harm.