How to prevent a dog bite

By: Donald W Fohrman
Although dogs are considered ‘man’s best friend,’ there are situations where canines can turn aggressive. Whether they are agitated or are reacting to some type of event, dogs have a natural instinct to bite. Even minor dog bites can cause a significant amount of pain and trauma to an unsuspecting victim. The American Society for the Prevention of Cruelty to Animals reported that up to 47 percent of American households have a dog, as they are one of the country’s favorite household pets. Since many Illinois residents are dog owners, it is crucial that people understand how to act and react towards dogs. A dog bite attorney in Chicago knows that people who can recognize certain canine mannerisms may be able to prevent a serious dog bite from taking place. 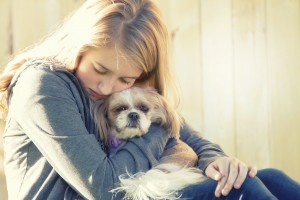 According to the Centers for Disease Control and Prevention, just about 2 percent of Americans suffer from dog bites every year. This equates to more than 4.7 million people. While many of these bites are considered minor and don’t require any medical intervention, approximately 800,000 people receive dog bite injuries. About half of these cases involve children, as kids are less likely to identify the warning signs that a dog is going to bite. Research from the CDC also showed that 5 to 20 cases of dog bites end in fatalities each year.

These numbers may not seem high compared to other types of injuries people suffer from on a daily basis. However, dog bites are serious, and have the potential to generate costly medical bills, pain and suffering. Since children and senior citizens are the most common victims of dog bites, according to the American Veterinary Medical Association, it is crucial to know how to prevent these types of injuries from occurring.

Why do dogs bite?

There are a number of reasons why a dog may feel inclined to bite someone. Cesar’s Way reports that all dogs, big and small, can and will bite under certain circumstances. Dogs are possessive and can get aggressive when protecting their food, territory, toys or even a person. If they feel that someone is threatening these things, they may lash out.

Dogs are also more apt to bite when they are sick, injured or in pain. If a child attempts to pet or pick up a dog that is sick or hurt, the dog may snip or bite as a natural response. Just like most other types of animal species, dogs become aggressive when they are protecting their young. Animals that sense a potential threat to their babies could react in a hostile fashion.

Canines may be prompted to bite when they are afraid or put in an unfamiliar situation, a fact known by a dog bite attorney in Chicago. This can happen when a stranger, such as a veterinarian or postal worker, approaches the dog. If the canine becomes startled, is unsocialized or does not feel comfortable around people, they could be prone to bite.

People should be able to identify the warning signs that a dog may bite and react in a way that will subdue the animal and the situation. According to Hartz.com, the following are common things to look for when identifying a dangerous canine:

If a dog starts to bite or attack, it is important that the victim does not try to outrun the dog. Instead, people should lie in a ball, protecting their head with their arms.

Fortunately, there are ways that people can protect themselves and their children from becoming victims of a dog bite. People should never approach a strange dog. The dog may be injured, scared, protecting its property or acting in an aggressive manner that may cause them to bite. Dog owners should be responsible and ensure that their pets are socialized, healthy, well-fed and get plenty of exercise. This can minimize the risk of the dog lashing out and biting an unsuspecting victim.

Even well-trained and otherwise friendly dogs can be prompted to bite. People should avoid coming up on a dog while he or she is eating, sleeping, interacting with other canines or playing with a beloved toy. Getting dogs spayed or neutered can also help to decrease a dog’s biting behaviors. Dog owners should make sure that their pets are up to date on all of their vaccinations. If a dog bite does occur, they should be able to prove that the dog is current on their shots and does not have any diseases.

Dog bites can be extremely painful and traumatic. In some cases, they can result in costly medical bills, including stitches, physical therapy and even reconstructive surgery. People who have been bitten and injured by a canine may want to speak to a dog bite attorney in Chicago for more personalized legal counsel.