Are energy drinks dangerous for young adults and teens?

By: Donald W Fohrman
Although energy drink manufacturers market them as a way to raise energy levels and boost metabolism, researchers warn that these beverages may not be safe. Any Chicago defective products attorney will note that questions of liability have arisen due to the increasing number of emergency department visits linked to these products. Concerns focus especially on the drinks’ consumption by adolescents. 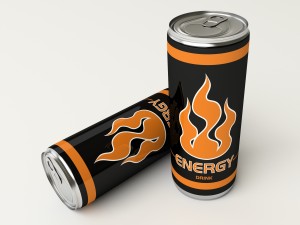 The caffeine contained in one serving of an energy beverage is typically about the same as the amount in a cup of coffee, which is approximately 100 milligrams. However, there is usually more than one serving in a can. Consumer Reports recommends that children and adolescents limit caffeine intake to less than 100 milligrams of caffeine per day. A higher intake may lead to reactions that include the following:

The information concerning the amount of caffeine in energy drinksmay be misleading. The label is only required to include the caffeine that has been added to the drink. Manufacturers do not have to list amounts of caffeine that may occur naturally in ingredients such as guarana. This stimulant herb is a common ingredient in these popular drinks.

Caffeine is not the only potentially harmful ingredient included in many energy-boosting drinks. A Chicago defective products attorney knows that these products often contain amounts of sugar that are far above the recommended daily allowance. The American Heart Association warns that women should not consume more than six teaspoons of sugar each day, and men should limit themselves to nine. For teens, experts recommend a limit that falls between five and eight teaspoons per day.  However, one serving of an energy drink may include more than 10 teaspoons of sugar.

There have been a number of lawsuits in the past few years contending that manufacturers are responsible for wrongful deaths of individuals who drank these products. The law regarding product liabilitystates that those who produce items available to the public can be held accountable for injuries and fatalities the products cause. In one case, a 14-year-old girl died after allegedly drinking two Monster drinks within a 24-hour period and suffering cardiac arrhythmia.

When an adolescent experiences an adverse reaction after consuming an energy drink, it is critical to seek medical attention immediately. Compensation may be available to help cover medical bills, pain and suffering from harm caused by an energy drink. A Chicago defective products attorney may be able to provide legal assistance for a parent whose child has been affected.