By: Donald W Fohrman
In 2012, the National Highway Traffic Safety Administration reported that more than 10,000 deaths in the United States were directly related to alcohol, and nearly 350,000 injuries. In Illinois alone, there were 321 fatalities caused by drunk driving, and 41 of those deaths were caused by motorists whose blood alcohol content was above .01, but under .08, which is the legal limit. 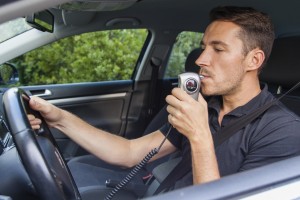 Alarming statistics such as these have prompted agencies such as the American Medical Association to call for a lowering of the legal amount of blood alcohol content. A number of states have established harsher penalties for those arrested for driving under the influence of alcohol. Many believe that increased awareness of the need to designate a sober driver before a social event involving alcohol significantly reduces the danger, but others doubt the true efficacy of the program.

Not all designated drivers abstain from alcohol

Designated driversagree to stay sober throughout the evening in order to chauffer people home safely. It is important that they do not drink any alcohol at all because even half of an alcoholic drink impairs mental and physical ability to operate a vehicle. However, surveys have shown that many believe the responsibility only entails staying below the legal blood alcohol level, and that the primary task is to drink less than those who are not planning to get behind the wheel.

In a study recently published by the Journal of Studies on Alcohol and Drugs, researchers from the University of Florida interviewed people leaving bars, and administered breath tests to measure blood alcohol content. Of the 165 people who claimed to be the ones chosen to take friends home after the event, 41 percent had been drinking. Of these, 17 percent had levels of 0.02 or less, but 18 percent were at 0.05 or more.

Mothers Against Drunk Driving is a group that actively advocates for the program, and members stress the respect accorded to the non-drinker at social functions. The findings of the University of Florida’s research team suggest that this respect may be misplaced in many cases. They recommend a renewed campaign that emphasizes how important it is for the driver to abstain from alcohol completely when planning to take others home after an event.

Individuals who witness a vehicle weaving in a lane, driving too slowly, making wide turns or tailgating should report the dangerous behavior to law enforcement. Victims of alcohol-related car crashesmay benefit from the advice of an Illinois attorney who is familiar with the legal resources and compensation available.