Can you sue a third party for personal injury?

By: Donald W Fohrman
Illinois car accidents victims seeking to obtain compensation for their injuries often have a number of legal routes from which to choose, including claims against third parties. In certain situations, pursuing these third-party claims may provide better outcomes than a negligence lawsuit against an individual driver, as any Springfield car accident lawyer may note. 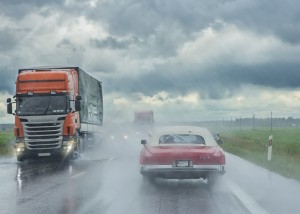 When people are involved in a car crash, a common first step is filing claims with all applicable insurance companies. According to FindLaw, these claims are considered either first party or third party. A first-party claim is a claim against a person’s own insurance policy, and it is generally filed by the driver who was responsible for the accident. A third-party claim is filed with the insurance carriers of the other parties involved in the accident. When people do not believe they caused their accidents, they will commonly file a third-party claim.

Claims against a business that employed a negligent driver

A Springfield car accident lawyer would be aware that, under certain circumstances, third-party lawsuits may also be filed against businesses that employed negligent workers. For example, if a delivery truck driver causes a crash while under the influence of alcohol, the company that employs that driver may be held legally accountable for any injuries that resulted from the accident. Such litigation is possible through the use of the legal doctrine of respondeat superior, which Cornell University Law School’s Legal Information Institute describes as a type of third party liability that may be applicable if an employee behaved negligently while operating within the scope of his or her employment.

Third-party liability claims offer additional options for the victims of car crashes to collect compensation for their injuries, providing these individuals with additional financial means to put the accident behind them and move on with their lives. Those who have been in a car accident may want to speak with a Springfield car accident lawyer to gain a better understanding of third-party liability claims and any other legal paths that may provide them with the compensation they need.