Are Hands-Free Devices Truly a Ticket to Safer Driving? 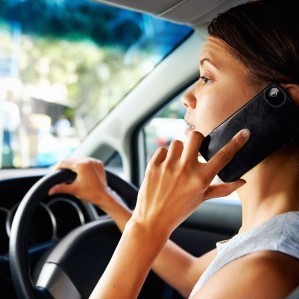 According to the National Highway Traffic Safety Administration (NHTSA) and the Center for Disease Control (CDC), there are several facts about cell phones and driving that may take some readers by surprise.

Instead of focusing on the huge amount of sensory input needed to properly and safely operate a vehicle, they’re splitting their attention, making them far more dangerous on the road.

The Case against Hands-Free Devices

The Truth about Going “Hands-Free”

This news will likely not be welcomed by those who are convinced that they can safely drive while talking on the phone. The truth is, no one can. Talking on the phone and driving a vehicle are just not compatible activities, as each requires too much information processing to be carried out simultaneously. Perhaps when self-driving cars are the norm, talking on a cell phone won’t be so dangerous; but for now, it’s a big risk, no matter how experienced the driver or how effective the hands-free device. Talking and driving are two separate tasks, and regardless of how many say they multitask well, it’s actually a nearly impossible feat. Driving is inherently dangerous. Controlling a heavy vehicle and navigating through traffic requires a large amount of the brain’s processing power. The truth is, there’s not enough left over to safely carry on a cell phone conversation while piloting a potentially deadly hunk of metal. Unfortunately, it’s such a common occurrence that people forget the inherent dangers and see driving and talking on the phone as normal.

Some drivers think that because they can carry on a conversation with a passenger, they are also able to carry on a phone conversation while driving. Unfortunately, this is one of those situations where both activities are equally distracting. Carrying a passenger is one of the top driving distractions, and talking with them during the drive is just as dangerous as using the cell phone while driving. This is because the brain is still trying to concentrate on two things at once. Safe drivers tend to take in their surroundings and process huge amounts of information; distracted drivers believe they can take on both tasks at once. This makes them far more dangerous to themselves, and the other drivers sharing the road with them.

What to do When Injured by a Distracted Driver

It’s an unfortunate truth that driving and conversing just don’t mix. It’s important for a driver to be focused on the process of driving, especially in dangerous conditions, rather than having their attention split between multiple tasks. For those who have been injured by a distracted driver, it may be necessary to get help from a car accident lawyer. Chicago car accident lawyers are able to help their clients through the tough process of filing a claim and getting compensation, as well as helping them ensure their rights are protected throughout the process.