By: Donald W Fohrman
The National Institute of Mental Health estimates that one in four adults suffer from mental disorders, and many do not receive the treatment they need. Stressful occupations and difficult work environments can take a toll on workers’ mental and emotional health. However, it is not unusual for workers to dismiss the warning signs. As a […] 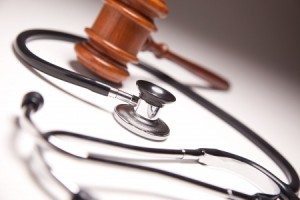 The National Institute of Mental Health estimates that one in four adults suffer from mental disorders, and many do not receive the treatment they need. Stressful occupations and difficult work environments can take a toll on workers’ mental and emotional health. However, it is not unusual for workers to dismiss the warning signs. As a result, workers can find themselves struggling with severe depression, anxiety and other mental health disorders that interfere with their work performance.

Many Chicago workers may not realize that certain mental illnesses and psychological injuries are compensable under the Illinois Workers’ Compensation Act. The Act allows workers to make claims if mental injuries develop as a result of physical workplace injuries. As an example, someone who develops a disorder such as depression because of a devastating injury may qualify for workers’ compensation. Psychological injuries that develop for reasons besides physical harm may also be compensable, if certain criteria are met.

Mental health issues that develop gradually because of a person’s work environment or job duties are not covered under the Illinois Workers’ Compensation Act. However, a mental disorder is compensable if it develops due to an emotional shock. The victim must prove he or she experienced the emotional shock because of a specific incident occurring at a documentable location and time.

Although the origin of a psychological injury must be clear, the injury does not have to be immediately detectable. In 2013, an appeals court considered a Chicago bus driver’s claim for psychological injuries sustained when she fatally injured a passenger. The driver initially did not seek treatment because she believed she could handle the experience independently. After two months, she realized she needed professional help to deal with her depression and anxiety. The court found that her injury still qualified for workers’ compensation benefits.

When a workers’ compensation claim hinges on an experience causing an emotional shock, the court must determine whether the event in question could reasonably have caused the individual to experience an emotional shock. During another case heard in 2013, an Illinois court ruled that an individual’s occupation and training should not be taken into account during this evaluation.

The case involved an individual who developed post-traumatic stress disorder after experiencing an emotional shock. The man was threatened with a toy gun, which he believed was real at the time. His initial claim was denied because he was a police officer and had been trained to handle situations involving armed individuals. However, an appeals court ruled that emotional shock should be evaluated with “reasonable-person” or objective standards. The court subsequently found the man’s workers’ compensation claim valid.