Who are the most stressed workers?

Workplace stress is a common problem in modern times. Many people may lose days, weeks or months of work because of job-related stress. Some employees are even forced to leave their jobs or change careers when stress becomes unmanageable. A study conducted by the U.S. Bureau of Labor Statistics shows which professions are most susceptible to disabling work-related stress. 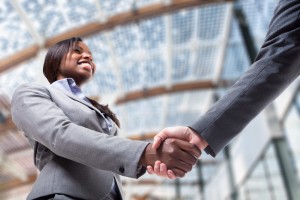 The statistics in this case are not what people might expect. The majority of cases involving serious occupational stress are found among white-collar workers. People who work in physically dangerous situations are much less likely to suffer disabling stress than people who work in an office. White-collar employees in Chicago who are seeking workers’ compensation for strain on the job are likely to hear from an attorney that their case is very common.

An introduction to the BLS study

The BLS study took place during 1999 and has been the subject of ongoing research in more recent years. This study was a wide-ranging effort to find out the effects of stress on workers in a variety of fields. The fields included construction, service, sales, management, manufacturing, administration, and a full selection of other sectors involving both skilled and unskilled labor.

The frequency of lost workdays and absence due to stress was tracked in each of these vocational areas. The study did not count physical accidents due to fatigue, self-inflicted injuries, assault or other workplace incidents involving physical injury. Absences involving drug abuse or alcohol abuse were also excluded. Only absences caused by self-reported psychological stress were counted.

Results of the BLS study

The results of the BLS stress study may be surprising to readers. According to the study, almost two out of three cases involving missed work days due to occupational stresses take place in white-collar jobs. People working in blue-collar jobs suffered a consistently lower rate of stress-related absence.

According to BLS classifications, white-collar jobs are defined as professional, managerial, technical, administrative or sales positions. Blue-collar employees include operators, fabricators and laborers.

Work-related stress by the numbers

BLS statistics show that 48 percent of absences due to occupational stress among American workers occur in the sectors of technical work, administrative work, support and sales. These employees make up a minority of the American workforce, but they are responsible for almost half of the absences each year that can be traced to what BLS records call “neurotic reaction to stress.” An additional 16 percent of stress-related absences occur among professional and managerial workers.

The more physically demanding a job is, the lower the rate of “neurotic reaction to stress” generally is. There is an opposite correlation between physical hazards and emotional hazards in many workplaces. The BLS study was unable to give statistics for fishing and forestry workers because the rate of stress-related absence was too low to be statistically significant.

Statistics may conceal some factors

These surprising figures may conceal some deeper problems. In a threatening economic climate, many blue-collar workers fear for their jobs. If they talk about work-related stress and demand time off, they may be at risk of losing their employment. The culture in many blue-collar workplaces discourages official complaints about stress. Workers may be aware of this and prefer to keep silent even in difficult situations.

Although whistleblower laws protect employees who make a complaint about unsafe or inhumane working conditions, they do not necessarily protect an individual who is subject to severe psychological stress on the job. Some employers will simply fire the worker and hire another, as every Chicago workers’ compensation attorney has often seen from experience.

Why do so many employees suffer disabling stress in white-collar jobs? These workers are paid to sit at a desk all day in a climate-controlled environment. They do not face the same physical dangers as construction workers or commercial fishermen. A number of factors may contribute to their high level of stress, including all of the following:

The last two factors can be particularly disabling for some workers. They feel an obligation to be “on the job” 24 hours a day, and they face the threat of retaliation or termination if they take any personal time or family time away from work obligations. In such cases, medical leave for severe stress may be the only escape route that seems possible.

All workers have the right to be free of coercion

White-collar workers are just as entitled to be free of intimidation and coercion as blue-collar workers. Employers who use unfair tactics to boost productivity, such as spying on workers’ personal email accounts, making inappropriate threats or forbidding vacation time with family, should be reported to an authority such as the U.S. Occupational Safety and Health Administration. Intimidating behavior by supervisors is never permissible on the job, even when the financial stakes are high.

Many cases of disabling work-related stress are preventable, in both blue-collar and white-collar jobs. Employers have the obligation to create a safe workspace and treat employees fairly before the situation escalates to psychological or physical disability.

People who are suffering from stress on the job have options. Disabled employees in Chicago may wish to consider speaking with a workers’ compensation attorney.