By: Donald W Fohrman
Illinois workers’ compensation law is designed to help employees who have been injured on the job. According to the U.S. Bureau of Labor Statistics, more than 150,000 people in Illinois are involved in work-related accidents each year. Many of these employees require medical treatment and reimbursement for lost wages while recovering. Even if they are forced to leave their place of employment for reasons unrelated to the injury, Illinois law states that they still have the right to benefits. The recent case of a DuPage County worker terminated for stealing is a particularly vivid illustration of this principle. 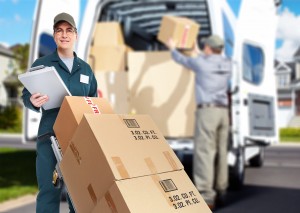 The case of Walter Matuszczak

Walter Matuszczak was a night stocker for Wal-Mart who regularly moved boxes weighing up to 100 pounds. In March 2010, multiple boxes of heavy products fell on him while he was stocking shelves, causing injuries to his back, neck and right arm. He sought immediate medical care after his workplace accident and returned to lighter duty on the job after he had partially recovered from his injuries. While he was performing his new duties, he stole cigarettes from Wal-Mart on several occasions. When his theft was discovered in June 2011, he was terminated and could not find employment elsewhere. His workers’ compensation benefits were suspended after he lost his job.

Matuszczak wanted to pursue an ongoing course of treatment and physical therapy, and his doctor had recommended orthopedic surgery for pain management and flexibility. He was in urgent need of medical benefits. After the DuPage County Circuit Court turned down an arbitrator’s decision to provide workers’ compensation, he pursued his case all the way to the Appellate Court of Illinois.

The Appellate Court ruled in October 2014 that Matuszczak should receive all of the following benefits:

This case set a valuable precedent for workers who face an injury on the job and are later fired or laid off. The court decided that termination unrelated to the injury, even for unlawful activity, could not prevent employees from collecting workers’ compensation benefits.

Are you struggling with workers’ compensation after losing your job? Illinois law can protect your medical and financial well-being. Call a personal injury lawyer today to learn more about your rights.