Policies that all warehouses should have to prevent worker injuries

Warehouse workers in Illinois face a range of physical risks on the job. According to the U.S. Occupational Safety and Health Administration, the rate of fatal injury in the warehousing industry is considerably higher than the corresponding rate in other industries. While some warehouse accidents are unpreventable, many others can be avoided with proper policies and safety procedures. 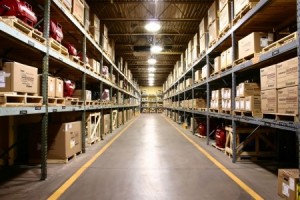 What are the most dangerous places in a warehouse?

A recent OSHA study draws attention to the following warehouse areas and components, which are consistently cited as hazardous to workers:

The majority of serious worker injuries in warehouses occur in one of these five contexts.

According to OSHA statistics, 95,000 employees are injured and approximately 100 are killed each year while working with forklifts. These machines are crucial for efficient warehousing, but they must be treated with caution and respect. No one under 18 should be allowed to operate a forklift. All operators must be properly trained and certified before they are allowed to use forklifts. Employees should never drive at speeds in excess of 5 miles per hour. On slippery surfaces or in crowded areas, drivers should slow down even further to reduce the chance of an accident.

Reducing the risks of conveyors

Conveyor belts move millions of pounds of materials through warehouses every year. Employees face the danger of severe injury if they do not operate conveyors properly. They must be trained to lock out conveyors immediately if anything goes wrong during operation. They should also avoid repetitive motions that may lead to severe stress on joints and muscles. All warehouse workers need to know the location of hazardous pinch points and avoid them when operating a conveyor. Conveyors must be inspected regularly for signs of wear or malfunction.

Chemical safety in the warehouse

Many warehouses store dangerous chemicals. To reduce the risk of burns, inhalation injuries and other traumas, warehouse managers must maintain safety data sheets for all hazardous substances on site. All employees must be sufficiently trained to protect themselves against contamination, clean up spills, store chemicals safely and report any irregularities promptly to their supervisors. Employees who work with dangerous chemicals must have access to adequate protective clothing and ventilation.

Injured workers have the right to compensation

A warehouse can be a hazardous place to work. Warehouse employees have the right to benefits and medical care under Illinois workers’ compensation law. If you have been injured on the job, or if you are facing unsafe conditions in a warehouse, speak with a personal injury attorney today to find out more about your options.