By: Donald W Fohrman
Illinois police officers witness many traumatic events on the job, especially when they work in urban areas. They face the aftermath of murders, rapes, robberies and other violent crimes. Even well-trained police officers can suffer severe consequences from what they see on the streets. In some cases, officers are rendered unable to work by job-related post-traumatic stress disorder. 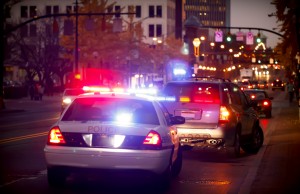 Trauma on the job

During a typical career of twenty years or more, a police officer is likely to face multiple traumatic situations. Many police officers find themselves in acute physical danger from life-and-death threats on the job. Others are unable to handle the burden of witnessing daily acts of violence on the streets. According to a study carried out by the U.S. Department of Veterans Affairs, inner-city law enforcement professionals may face levels of stress equal to those encountered in combat, with hundreds of officers facing long-term psychological disability each year in the wake of traumatic events.

After decades of preparing for worst-case scenarios, officers can suffer lasting psychological wounds. They may pursue some or all of the following coping mechanisms:

Many police officers are reluctant to speak with an outsider because they feel such a close, exclusive bond with the colleagues who go through severe danger alongside them.

Post-traumatic stress disorder in police officers can have deadly consequences. Many officers turn to drug abuse or alcohol abuse after years of witnessing horrors on the streets. If the stress is too great, there is even the possibility of suicide. According to a recent report in the New York Times, nearly 300 American law enforcement officers committed suicide in 2013, more than were killed in the line of duty during the same year.

As public awareness of post-traumatic stress disorder continues to grow, officers are finding more opportunities for help and hope. Police departments are reaching out to their officers and expanding their resources for psychological health. Law enforcement professionals are starting to acknowledge the need for ongoing training and debriefing in stressful environments.

Officers have the right to compensation

If you are a police officer living with the effects of job-related trauma, you have the right to workers’ compensation as you recover. Contact an attorney today for a free case evaluation.