By: Donald W Fohrman
A recent case in Illinois shows the danger of employing workers in older buildings without sufficient protection against environmental hazards. Six companies were fined a total of more than $130,000 after an OSHA investigation showed that they exposed their employees to asbestos, lead and silica during renovation work on a school building during July 2014. A Chicago workers’ compensation attorney can name many situations in which unprotected chemical exposure of this kind leads to lifelong disability. 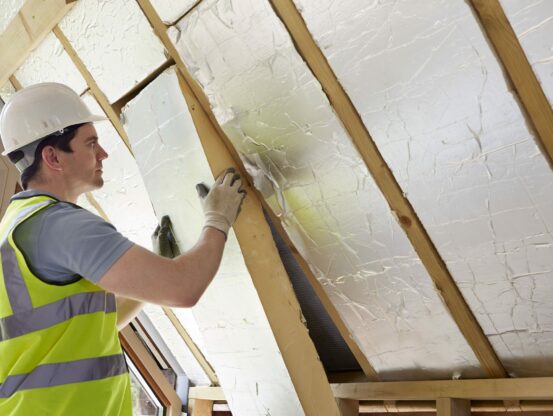 Hazardous exposure on the job

According to OSHA, a group of companies based in the Chicago area placed their employees in serious danger through extended exposure to asbestos at work. The companies’ negligence took place in all of the following areas:

Every Chicago workers’ compensation attorney knows that these unsafe practices can cause harm when asbestos is present.

Why is asbestos exposure so dangerous?

Many older buildings contain high levels of asbestos. This substance was commonly used as insulation before its harmful properties became widely known. It is impossible to eliminate all contact with asbestos when working on existing structures, but it must be carefully managed to avoid work-related illness. Asbestos fibers are invisible and easy to inhale into the lungs. They can also be swallowed and embedded into the digestive system. The fibers are an irritant to the human body, often causing cancer and compromised organ functioning. Even a small amount of unprotected exposure can have lifelong health effects. According to the World Health Organization, more than 100,000 people die of asbestos-related causes every year.

What can employers and employees do to stay safe?

A Chicago workers’ compensation attorney is familiar with the risks of asbestos exposure.

Fortunately, these risks can be minimized by following correct procedures. Employers are required by law to provide safety protection for employees who work on sites contaminated by asbestos. With personal breathing equipment, smart waste disposal, ongoing training and constant exposure monitoring, employees can stay safer on the job. If they notice any violations of safety standards, as several workers did in the recent Illinois case, they have the right to report these violations directly to OSHA and have a stop-work order filed until the problems are resolved.

Chemical exposure on the job can be a complicated issue. Employees who face the danger of asbestos or other environmental hazards may find it helpful to contact a workers’ compensation lawyer.