Office falls can be disabling

Desk jobs are not free of physical hazards. Many serious accidents occur in offices, including incidents that may cause permanent disability. Numerous office workers are required to take time off every year after they are hurt on the job. According to the U.S. Department of Commerce, falls are the single most common cause of injury in American offices. Every Chicago workers’ compensation attorney is acquainted with cases of forced retirement or premature death caused by falls in the office. 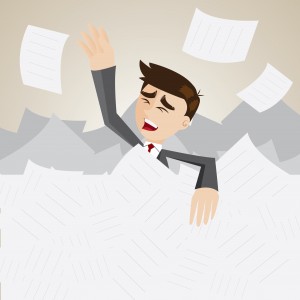 Office employees are at risk of losing their balance and falling in many situations. Hazards such as wires, computer cables and electrical cords can be deadly if they are allowed to stretch across the floor. Open file cabinets and open desk drawers can create dangerous traps. Slipping on damp office floors can cause injury after an unexpected spill or during periods of wet weather.

Some office workers use chairs and boxes as makeshift stepladders while reaching overhead. If these objects collapse, the worker can be severely injured. Most falls caused by inappropriate climbing are completely preventable, as every Chicago workers’ compensation attorney knows.

According to statistics compiled by the Department of Commerce, office workers are more than twice as likely to suffer disability after a fall than employees in non-office professions. Many office employees underestimate the danger of the equipment they work with and the environment they spend their time in. A single slip or a collision with a heavy object can lead to paralysis and long-term loss of employment.

Avoiding falls in the office

Workers can reduce the risk of injury in the office by following all of these safety rules:

It is important to pay close attention to safety guidelines, even when an office is understaffed or facing severe time pressure. A brief moment of negligence may lead to months or years of lost work.

Office falls can have devastating consequences for workers. Have you been injured on the job? You may find it helpful to consult with a Chicago workers’ compensation attorney about your options.