By: Donald W Fohrman
Police officers face many risks on the job. Their work exposes them to the danger of motor vehicle accidents, falls, extreme weather and other hazardous circumstances. One of the most severe and constant risks in the law enforcement profession is the danger of assault in the line of duty. These incidents can be life-changing or fatal for officers, as workers’ compensation attorneys in Illinois know. 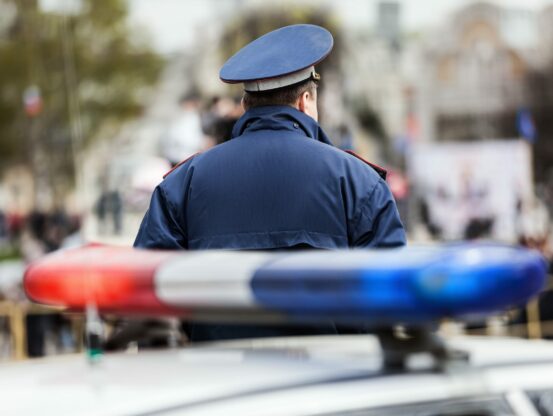 Tens of thousands of assaults every year

Law enforcement officers are subjected to tens of thousands of assaults every year. According to FBI statistics, 49,581 officers were attacked in the line of duty during the year 2013 alone. 27 of these officers died of their injuries. These numbers have slowly begun decreasing as crime rates have fallen during the past two decades, but they remain unacceptably high.

Who is most likely to suffer assault?

Although every case of assault is slightly different, statistics show a distinct profile for the average officer hurt or killed in the line of duty. The officers who died after an assault during 2013 had served on active duty in the police force for an average period of 13 years, according to the FBI. Their average age was 39. Only two of the 27 officers were female, and 25 of the officers were white.

When do assaults occur?

One out of three police officers assaulted during 2013 was responding to a disturbance call of some sort. Assaults were also common during other typical law enforcement activities such as the following:

Some officers were also assaulted in ambushes and unexpected attacks. Workers’ compensation attorneys in Illinois recognize that ambush situations are particularly deadly because they cannot be anticipated by law enforcement.

Which assaults are most dangerous?

Four out of five assailants in line-of-duty assaults used their fists, hands or feet to attack a police officer. According to FBI statistics, attacks of this sort are—rather surprisingly—most likely to cause injury. 31 percent of officers attacked with fists sustained an injury. 14.6 percent of knife assaults led to physical harm, while only 10.9 percent of attacks with a firearm caused an injury. Unarmed suspects pose a serious danger to the safety of police officers.

Law enforcement is a challenging and dangerous profession. Police officers who have been assaulted on the job should consider talking to workers’ compensation attorneys in Illinois to learn more about their rights.