By: Donald W Fohrman
The Illinois Supreme court recently added its seal of approval to a Compensation Commission’s rejection of an employee’s worker's compensation asbestos lawsuit due to a filing delay. The employee claimed Mesothelioma, a form of cancer known to be a result of exposure to asbestos. He came into contact with the dangerous fibers while on the job from 1966 to 1970. He was diagnosed with the disease 41 years later. The timing prevented him from complying with Illinois' requirement that an employee must report an asbestos claim no later than 25 years after exposure. Illinois workers compensation attorneys often encounter statute of limitations issues such as this. 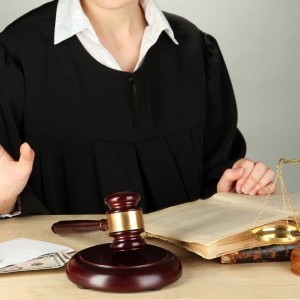 In reversing an Appellate Court decision in favor of the plaintiff, the Supreme Court has joined an asbestos legal trend that tends to favor the Employer. Like the “transparency” provisions in Congress’ “Fairness in Class Action Litigation and Furthering Asbestos Claim Transparency Act of 2016,” this rejection takes the side of businesses and promotes the slow fade of asbestos cases, which have been a problem for over four decades.

The Illinois Supreme Court’s decision supported the Commission’s 25-year “exposure” statute of limitations. It set a time limit for an employee wishing to bring an asbestos-related court action against an employer. While 25 years may seem a generous  standard for filing any injury suit, this case resurrects longstanding timing problems that have existed for employees suffering from Mesothelioma and other diseases caused by asbestos exposure. A 25-year statute of limitations recognizes decades of asbestos-injury related problems from exposure to asbestos to confirming the cause. Illinois workers compensation attorneys fighting for asbestos-injured plaintiffs know that the 25-year statute of limitations isn’t long enough.

A  long and complicated history

Workers who are exposed to asbestos on the job don’t show symptoms until years, even decades later. Asbestos manufacturers knew of the inherent danger but continued to market the product until forced to stop. It was widely used wherever heat resistance, insulating ability, non-conduction of electricity and strength were required. It is a versatile fiber and was used to insulate everything from industrial buildings to auto brakes and roofing shingles. The Consumer Product Safety Commission banned asbestos in the early 70s, but workers in asbestos mining operations, shipyards, automotive factories, construction and many other industries had already been exposed by then.

By most existing standards, early asbestos-injured workers were rejected or put into limbo when filing a claim with workers compensation carriers or a lawsuit against the manufacturers. The slow development of their injuries was also a primary factor:

By the time employees learned their lung diseases and cancers were a common result of asbestos exposure, it was too late. Because of the slow disease process and time limitations on court proceedings, employees were initially often shut out of the traditional avenues for damage recovery. Eventually, the system changed.

As the numbers of confirmed asbestos-injured workers grew, asbestos manufacturers fought statute of limitations battles in courts across the country. Some manufacturers filed bankruptcy to avoid lawsuits and damages. Insurance companies joined the fray, hoping to reject coverage based on injuries as not having “occurred” or “manifested” within a policy period. Eventually, courts expanded statutes of limitations for asbestos-related diseases to cover exposure/manifestation issues. Court interpretations of what should be considered a covered policy “occurrence” changed to keep insurers involved.

It’s understandable that courts would want to put an end to the decades-old stream of asbestos cases, but injured parties are entitled to recovery for damages. New bodies of cases may also arise. Wives and husbands who inhaled asbestos fibers from their spouse’s work clothing may have a right to sue. Asbestos is still mined in other countries and still used to manufacture commercial products. Dangerous aging asbestos remains in industrial and residential buildings across the country. Illinois workers compensation attorneys are working to resolve asbestos claims on a daily basis.