Could downsizing contribute to workplace injuries?

By: Donald W Fohrman
Downsizing is an uncomfortable reality in the modern job market. As more jobs are sent overseas and more workers are replaced by automated equipment, many people are at risk of losing their employment. A Chicago workers’ compensation lawyer knows that this situation is also difficult for the employees who are left behind in the workplace. Recent research suggests that downsizing may lead to decreased safety and additional injuries on the job. 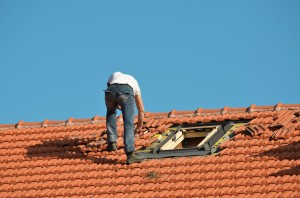 Why is downsizing dangerous for workers?

According to a recent study published in the Journal of Occupational Health Psychology, workers in poultry plants are likely to suffer more workplace injuries while their plant is going through a period of active downsizing. Elimination of shifts and unchanged production quotas can lead to decreased safety standards. According to ABC News, an additional survey of more than 2,000 employees between age 25 and age 74 shows that workers facing the possible threat of losing their job are also more prone to work-related illnesses and detrimental health conditions.

These studies show that many employees experience some or all of the following reactions to real or potential downsizing:

When workers are compelled to act in this way, injury rates go up. Every Chicago workers’ compensation lawyer is familiar with on-the-job injuries caused by exhaustion or negligence. In difficult situations where jobs are on the line, these incidents happen more readily and more often.

There is no easy solution to the problems posed by large-scale downsizing. Many companies have tried to make the restructuring process as painless as possible for their employees, but the threat of layoffs will inevitably have an impact on workers and their everyday behavior. Some workplaces have found success with safety programs that reward employees for following all guidelines, even when productivity quotas suffer as a result. A company will generally be more profitable in the long run if it does not sacrifice the long-term health and safety of its workers for short-term production demands. Assistance with child care and flexible scheduling can also help employees who are struggling to meet the demands of increased production and a decreased workforce.

Injured workers face a number of difficulties in today’s economic climate. If you have suffered an accident on the job after restructuring or downsizing, you may find it helpful to consult with a Chicago workers’ compensation lawyer.