What can I do if my employer doesn’t offer workers’ compensation?

Illinois law requires every employer to offer workers’ compensation in the event of a worksite injury or illness. Unfortunately, some employers neglect to carry workers’ compensation insurance and are not willing to self-insure. According to the Illinois Department of Labor, more than 1,100 injured workers in the state faced this difficult situation in 2012, despite recent crackdowns by the Illinois Attorney General. If your employer does not have sufficient coverage to provide compensation for your injuries, you have options for redress. 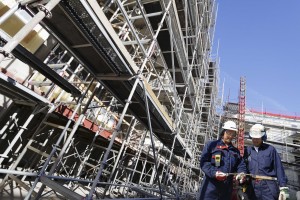 Choosing to pursue a lawsuit

Workplace law generally prescribes that employees cannot sue employers for work-related injuries. The existing workers’ compensation system in Illinois is designed as an alternative to private legal action. The single exception to this rule occurs when an employer has no external insurance, is not self-insured, and is unable to offer you sufficient compensation. In such cases, the employee has the right to sue for damages in civil court.

Filing a claim with the Illinois Injured Workers’ Benefit Fund

The Illinois Injured Workers’ Benefit Fund has become a valuable resource in recent years. The IWBF was established in 2005 to provide coverage for employees whose employers will not pay workers’ compensation. This fund offers a practical option for covering medical care and lost wages without becoming involved in a lawsuit. When Illinois employers do not meet the existing requirements to carry workers’ compensation insurance for all their eligible employees, they must pay a fine. The funds collected from these fines are put into the IWBF and paid out each year to assist workers whose employers cannot offer them sufficient compensation.

Before injured workers file a claim for IWBF coverage in Illinois, their case must fulfill all three of the following official requirements:

In cases where even one of these three requirements is not present, the injured worker should pursue other avenues of reimbursement. If the employer has refused to pay a claim but can be demonstrated to hold appropriate insurance, for example, the Illinois Workers’ Compensation Commission will find alternative means to resolve the case.

Initial non-compensation doesn’t have to lead to panic

It can be unsettling and distressing to discover that an employer is not offering workers’ compensation after an accident on the job. Fortunately, workers in Illinois have several different avenues to pursue full compensation in these cases. By consulting with a legal professional, you can find out more about your options as an injured worker.