By: Donald W Fohrman
Workers’ compensation in the state of Illinois isn’t just for catastrophic accidents that occur suddenly on the job. Many employees also live with inflammatory conditions such as arthritis which are aggravated by stress or trauma in the workplace. Arthritis can often be classified as an occupational illness that requires compensation by the employer. Arthritis is […] 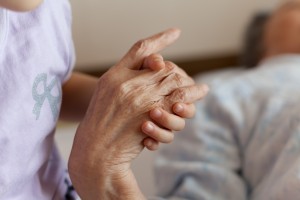 Workers’ compensation in the state of Illinois isn’t just for catastrophic accidents that occur suddenly on the job. Many employees also live with inflammatory conditions such as arthritis which are aggravated by stress or trauma in the workplace. Arthritis can often be classified as an occupational illness that requires compensation by the employer.

Arthritis is a very common problem

According to the U.S. Centers for Disease Control, 52.5 million American adults have been diagnosed with one or more of the following inflammatory conditions:

All of these conditions are various forms of arthritic inflammation which are often made worse by on-the-job stress. This sort of occupational illness can temporarily or permanently disable a worker.

What does Illinois law say about arthritis?

Although Illinois law generally considers arthritis a pre-existing condition—a disability not directly caused by work—employees have the right to workers’ compensation if they can prove that their case was made worse by job-related causes such as high impact activities, repetitive motion and workplace injuries. When a pre-existing condition is aggravated on the job, the employer must pay.

What can workers expect when they file a claim?

Because of the complex links between arthritis and workers, an injured worker who files a claim for aggravation of arthritis, rheumatoid arthritis, lupus or another inflammatory disease may expect to be asked for detailed proof of disability. Many workers are awarded partial disability for arthritis, covering lost wages while they carry out lighter duty on the job. Other workers require total disability payments as they recover. Illinois workers’ compensation must also cover the complete cost of medical treatment after a work-related episode of arthritis.

Making the case for sufficient coverage

Some claims for arthritis are initially denied because of the ongoing controversy surrounding pre-existing conditions. If the employer or the insurance company attempts to deny a claim, it is crucial to request a hearing and show evidence that the arthritis has become worse because of job conditions. Arbitrators are trained to examine the facts and award appropriate compensation to all injured workers, even if the injury is silent and progressive.

Learn more about your rights

Living and working with arthritis or a related inflammatory condition can be very difficult. The Illinois workers’ compensation system is designed to safeguard your rights and protect you from situations on the job that might aggravate your disability. Call an attorney today for more information.